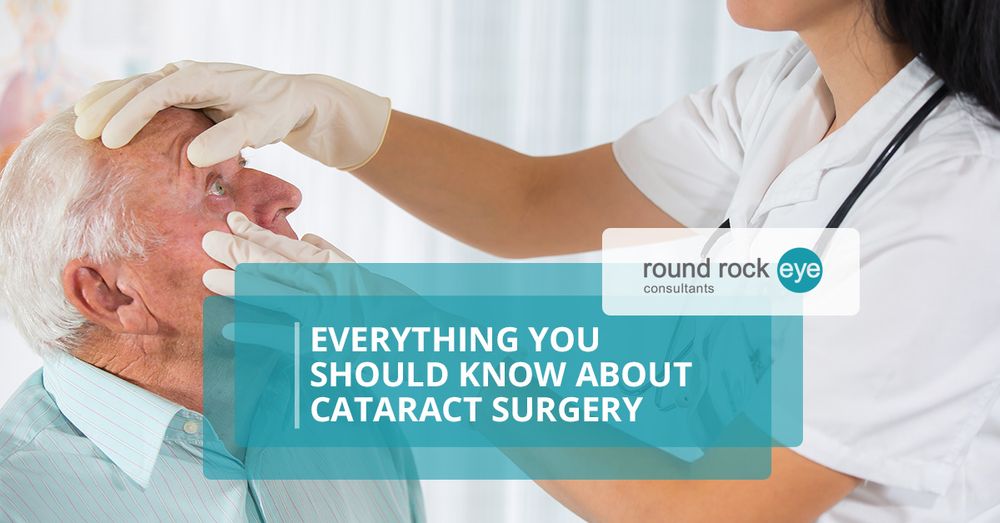 Everything You Should Know About Cataract Surgery

It’s not uncommon to develop cataracts at an older age. In fact, according to Kellogg Eye Center, about 90 percent of people over age 65 have a cataract and 50 percent of people between 75 and 85 have already lost some vision due to this condition.

As our eyes age, the lens inside the eye begins to cloud leading to a cataract. Unfortunately, unlike the normal degradation of vision over time, cataracts can’t be treated with glasses or contacts, or LASIK, a corneal refractive surgery.

Not only will modern cataract surgery restore the vision that was lost, but it can also reduce your dependency on glasses or contacts. Although roughly 24.4 million Americans have cataracts, cataracts surgery is known as one of the safest and most effective medical procedures nowadays and has a high success rate. As a testament to that fact, around 3 million cataract surgeries are performed each year in the United States. Keep reading to learn everything you need to know about cataracts and cataracts surgery.

What is a cataract?

As you reach old age, the proteins in the lens of your eye start to break down and get cloudy. Since cataracts develop slowly, it is often difficult for someone to detect until it becomes serious. In its early stages, it won’t impede vision very much. Although cataracts aren’t usually dangerous, they begin to affect vision in their later stages, usually when the person is over 60 years of age. Cataracts in one eye are not related to the other eye so they won’t typically develop at the same rate or they may even appear in just one eye.

There are several major signs that you’re developing cataracts. If you’re experiencing one or more of these issues, you should contact a certified eye specialist immediately to have your eyes examined. An ophthalmologist will be able to diagnose cataracts with a dilated eye examination then suggest steps to take to fix the issue.

The main symptom of cataracts is a decrease in vision in the patient. You’ll notice that even with glasses or contacts, your vision doesn’t improve. Colors will appear more faded and washed out than usual, you’ll be more sensitive to bright lights, and you’ll find yourself changing eyeglass prescriptions more frequently.

The lens in the human eye is clear so that light can pass through it more easily. However, when that lens gets old and starts to change color, it becomes increasingly difficult to see through. Although cells are being created to maintain its condition, cataracts are pretty much inevitable in everyone due to the causes listed below.

During a cataract surgery, the cloudy lens will be removed and switched out with an artificial lens. When a cataract surgery is performed, you typically won’t need to stay in a hospital overnight. During the procedure, a high-frequency ultrasound device will be used to break down the cloudy are of the lens and be gently suctioned out. An intraocular lens is then placed in the same area as your natural lens remaining a permanent part of our eye. And typically, if you need surgery done in both days, you will have surgery on separate days for each eye.

Although it’s ultimately up to you if you want cataract surgery, it’s recommended by most doctors that you have the surgery if the cataracts begin to affect your quality of life. It’s important to take the time to speak with your eye doctor in order to weight the pros and cons of having the surgery. Cataracts surgery is known for being safe with over 95 percent of surgeries occurring without serious complications.

There are several options for your intraocular lens including astigmatism correcting IOLs and multifocal IOLs which will reduce your need for glasses after surgery. Speak with your eye doctor today to learn which would be best for you.

If you have cataracts in one or both eyes, you shouldn’t wait to speak with an eye doctor in Round Rock. At Round Rock Eye Consultants, we offer comprehensive eye exams, cataract exams and surgery, glaucoma treatment and much more. Although cataracts are not always serious, if they impair your vision enough, you may have difficulty performing normal everyday activities that improve your quality of life. Don’t wait, contact Round Rock Eye Consultants to schedule and appointment.